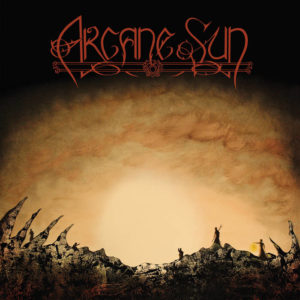 Well, this is not really a new release, but an adequate appreciation of this criminally underrated album was sorely needed, and since Brian Taube’s enterprising label Sentinel Records did a great job, giving the debut album of the Dublin metal pioneers a new coverartwork, a bonus track and a much better sound, and since many younger metalheads don’t know the long out-of-print album anyway, I’ll just classify it as “new”.

The consistently high-class to excellent song material impresses with great variety and progressive structures, but everything is always headbanger-friendly and never over-head.
In the first song “Canto I (The Search)” you think you can still recognise friendly, somewhat chummy death metal with pleasant melodies, but with the following “I Was Alive Then …” the picture changes to great epicness and fate-laden drama. And by the way, you have hardly ever heard such an interestingly staged song transition or beginning before (or since).
“Sundrenched” starts as a heavy death metal neckbreaker before turning into melody and melancholy.
Besides the outstanding guitar work of Mr. Fergal Flannery, Mark Higgins’ superb drumming, which sounds much more powerful in the new mastering, must also be emphasised.
Piano passages and sounds of nature alternate, as do sustained doom, hefty death and graceful epic metal.
And towering above it all is the unmistakable voice of Paul Kearns, who several years later helped the legendary Solstice to the best sung record of their career.
“Promised (So Many Years Have Passed)”, the regular closing track of the album, once again expresses the enormous potential of the Irish, who unfortunately disbanded after a more or less unreleased second album due to lack of support.
The bonus track from the band’s (or Paul’s) unloved album follow-up closes this wonderful, boundary-breaking CD.
Paul Kearns and Fergal Flannery, please do it again!!!!