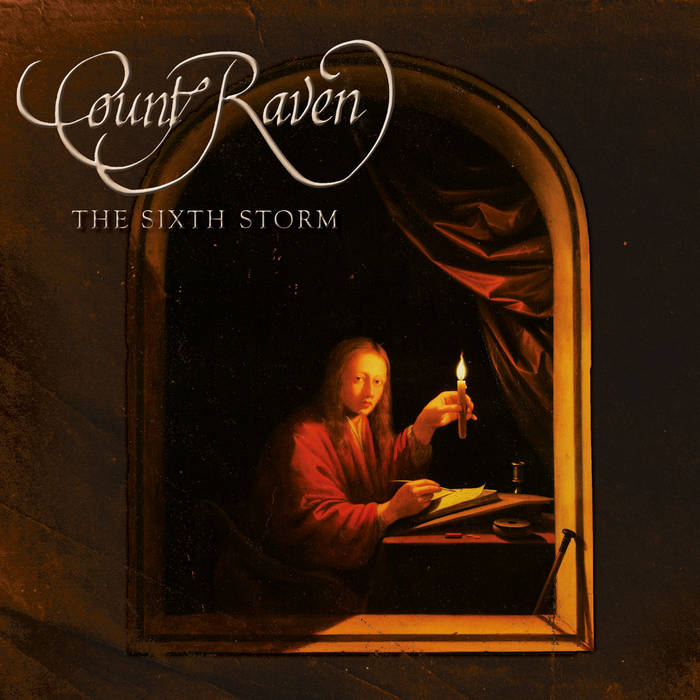 To call singer Dan Fondelius an Ozzy plagiarism is just as inappropriate as denying any comparisons to the gloomy Birminghamers.
Count Raven sound independent and, by the way, absolutely great, but listening to their new (sixth) album, you can’t help thinking about the subject.
If at all compare, then really with the first five Black Sabbath albums, or not even rather with the first three Ozzy albums? Shame on anyone who treats these three works disparagingly compared to the mother band.
Well then, the new album starts with grandiose doom metal of the heavy metal rocking kind – that the band plays their doom far away from the extremes of funeral and death doom should be known.
Hearty, gripping HEAVY riffs meet coherent choruses, and all this is excellently packed into a crushing sound, which doesn’t sound the least bit modern and yet so powerful and clear.
Outstanding!
In the first part, to return to the opening theme, rather Black Sabbath, until the fourth, unusual and untypical song “Heaven’s Door” leaves the inclined listener quite touched.
From then on, if I may say so, it becomes even more Ozzy in the sense of his early solo albums.
On the one hand, it’s more likely to be a hit and more chorus-oriented.
But especially those who have lived through long, difficult and bad times in their lives in an unhealthy relationship with substances, see the early Ozzy records in a completely different perspective than the happy average person does.
That balance, that pairing of deeply tragic, sad, bitter parts with the little smile on top. Concerned people know what I mean.
So in this way dramatish and melancholic the song material turns a little and finds a brilliant climax in the poignant “Baltic Storm”, for which alone I would buy the record.
The long and epic “Oden” is followed by the last song “Goodbye”, and leaves the writer of these lines speechless, with salty water in the corners of her eyes.
Memories are awakened, song titles like “Changes”, “So Tired”, but above all “Alone You Breathe” (Savatage) force themselves upon you.
Brilliant.